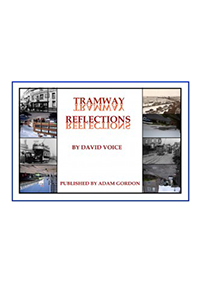 In this book David Voice, one of Britain’s foremost
tramway historians, takes a tour around the
tramway towns and cities of Britain reflecting on the
changes that can be seen between the vistas that
tramway passengers would have encountered and
those same places today. The scenes portrayed
feature both famous places and hidden gems to
show the fascinating contrast between the old and
new photographs. As well as the remarkable visual
impact of the photographs, most previously unpublished,
there is also a commentary on attractions in
the area and places of interest when visiting the town

There are no reviews yet.

Be the first to review “Tramway Reflections” Cancel reply